Trump’s latest attack on Hillary: he called her “the devil.” And, as you all may have heard, he has accused Bernie Sanders of “making a deal with the devil.”

Pot calling the kettle black, anyone?

One could say the same of Chris Christie, who received nada for his loyalty to Trump. Who can forget that priceless photo of him standing seemingly shell-shocked (like he had been abducted or had Stockholm syndrome) behind his self-proclaimed master. 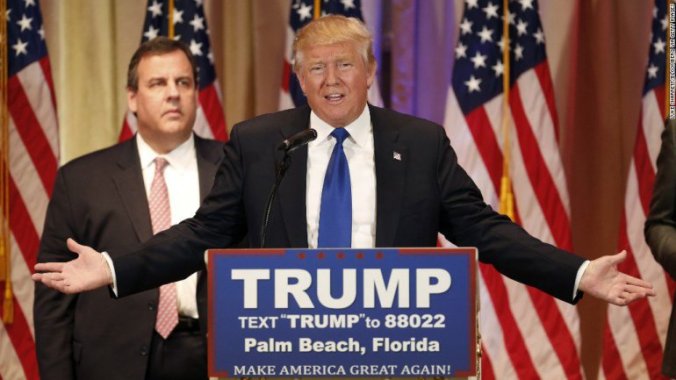 I was waiting for Christie to blurt out, “I am Tania,” in the spirit of Patty Hearst. 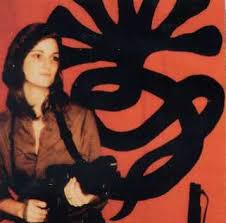 But who really made a deal with the devil? Could it be the Republican Party, who still endorses Trump in spite of his exceptionally crude, un-presidential behavior? The latest debacle is his maligning the parents of fallen U.S. soldier Humayun Khan, saying, among other things, that Mrs. Khan didn’t speak at the Democratic National Convention because she wasn’t allowed to (being a Muslim woman). Trump went on to say that he had sacrificed a lot for his businesses, after Khizr Khan pronounced, “You have sacrificed nothing. and no one . . . .”

On the subject of sacrifice, an article in today’s New York Times discusses Trump’s multiple deferments from serving in the Vietnam War: four for college, one for bone spurs. Yes, he has sacrificed. Of course, he isn’t the only would-be president to have deferred serving in the military, but he is the only one to attack the family of someone who has served, and paid the ultimate price.

Even Warren Buffett piped in regarding this latest super-gaffe, echoing the words of former Army Chief counsel Joe Welch to Senator Joe McCarthy, “Have you no sense of decency, sir?”

That’s really what it all comes down to: decency.

Be forewarned: Devils come in all shapes, colors and sizes, including orange.

8 thoughts on “Running with the Devil”