Having worked in corporate offices for the past 23 years, I am familiar with cubicles.

For those of you Mad Men fans, you might recall Don Draper’s secretary, the brilliant, witty Miss Blankenship, who passed away at her desk. Roger Sterling responds in his usual deadpan, “She died like she lived—surrounded by the people she answered phones for.”

Having been a secretary for over two decades, I found this scene utterly hilarious. 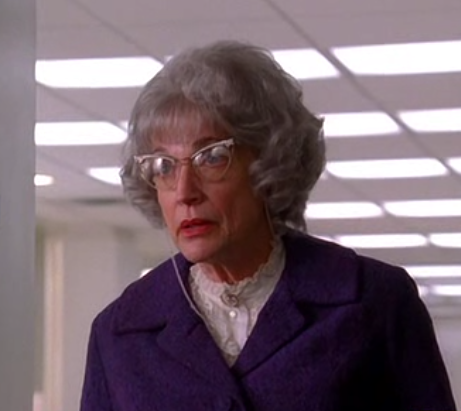 That is a large part of cubicle life–answering other people’s phones. Not that there’s anything wrong with that. But as someone said somewhere, “No child dreams of working in a cubicle.”

I got a “D” in Typing class in high school and was furious that I had to even take the class. Typing tests were awful, with the instructor hovering hawk-like over our shoulders–made my fingers sweat. I remember thinking to myself, I’ll never be a secretary, so why do I need this? In retrospect, I am quite happy I took the class. Being able to type quickly and efficiently is a tremendous boon for a writer.

Don’t get me wrong. I am grateful to be gainfully employed.  There are  much harder jobs out there: working in a salmon cannery (done that), being a dog kennel cleaner in Burlington, Vermont (done that too) and door-to-door canvassing (yup, that too). As an aside, the dog kennel cleaning would have been okay if the owner/manager weren’t such a mean-ass wacko. He dressed in black jeans and tight black muscleT-shirts and gold chains and screamed at and intimidated all his employees. He looked more like a strip club owner than a dog person. Operating those steam cleaners was no easy feat, either.

The point is, I have dreams that transcend the cubicle (or the cannery). It’s simply a matter of steeling my courage, taking a plunge or two or three or three thousand, and pursuing them.

Happy Monday, fellow cubicle-ites and others!

18 thoughts on “Secretary: Life in the Cubicle”