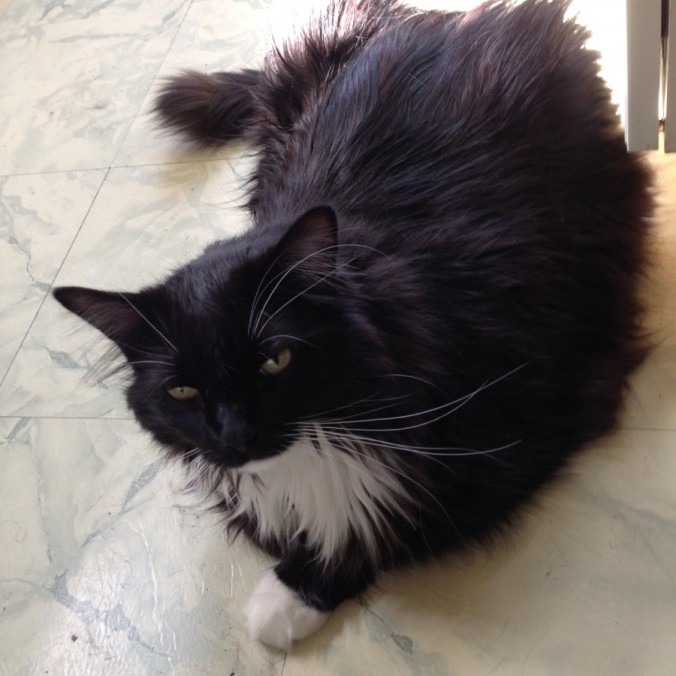 (Sylvester, as photographed by moi)

Yesterday I took Sylvester for a walk in the backyard so he wouldn’t poop on the floor in front of the litter boxes (he’s done it a few times already). As you may have read in my earlier post “Straight Jacket Cat,” he’s an indoor-outdoor cat, and his eye became infected over a week ago. Last Tuesday when the vet treated him, she said he must’nt be let outside for at least two weeks.

He was inside for almost a week so Lorin and I started treating him to walks on the leash. What could possibly go wrong? He could be outside, do his business and we could monitor his comings and goings all at the same time.

On Tuesday morning, I was the designated walker. We roamed around the backyard for awhile, then I decided (ah, the multi-tasking brain) to attend to the recyclables. Our recycle barrel for glass/cans/plastic was missing when we got home Monday night, so I decided to remove all the boxes out of the paper/box recycle bin and use that bin for the bag of bottles and cans I had brought outside.  I was holding Sylvester’s leash with the other hand, but not really paying attention to him for those brief minutes.

Then I heard gasping, shrieking, choking sounds.  Holy Shit–Sylvester was being strangled by the leash! The choker leash had wrapped repeatedly around an outdoor umbrella stand (left by previous owner that we never removed) sticking up from the cement patio area.

I tried to free him to no avail. He thrashed and flailed, his tongue lolling out. I thought he would die in front of my eyes. I started to panic and screamed for Lorin, who was inside the house, over and over; I banged one hand on the bathroom window which I could barely reach. Before Lorin appeared, Sylvester, in his panic and terror, sunk his teeth into the meaty part of my left thumb.

My hand was bleeding, hurt like bloody hell.  I was crying hysterically–I had almost killed my cat. Lorin flushed the wounds (two punctures) with hydrogen peroxide, and my hand started to swell and turn red. It is still red now, swollen and hot to the touch. 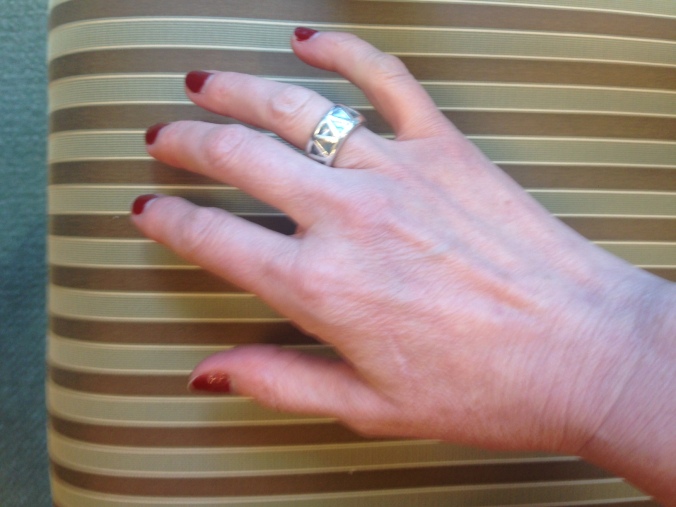 When I saw my GP yesterday, he said, “We treat cat bites aggressively.” He gave me a tetanus shot and started me on a 10-day course of antibiotics. He said if the redness and swelling goes past the hand to go to the ER.

Did you know that cat bites are more infectious that dog bites and 50% of cat bites result in infection, and sometimes, hospitalization and surgery? I didn’t either until I did the requisite google-search.

What’s the moral of this story? There really isn’t one, although I have learned two things: