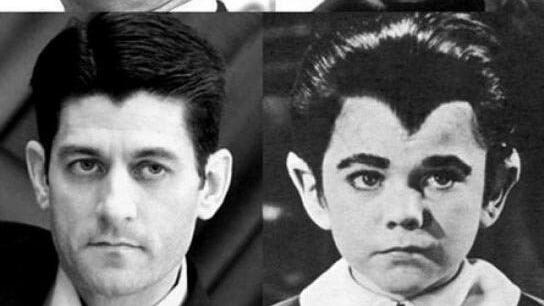 It occurred to me yesterday (I know it’s all over the internet, but I honestly didn’t know till yesterday) that Paul Ryan bears a striking resemblance to Eddie Munster on the TV show, The Munsters. Not that there’s anything wrong with that, as Seinfeld would say. 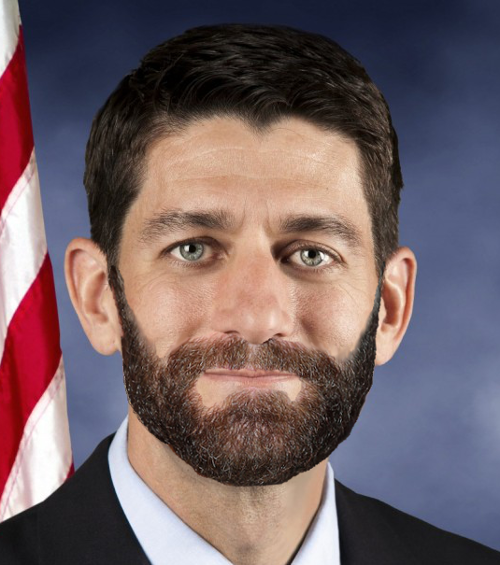 Thank God he finally lost that beard. Was he going for a “kinder, gentler, smug, evil bastard” look, or was he simply too exhausted from being an obscenely overpaid “maker”  and shaming the hardworking, non-elite “takers” to shave once a day?  Perhaps he was going for the metrosexual look. Some conservative critics referred to his scruff disparagingly as a “Muslim beard.”

“No word yet on whether Ryan’s beard is a result of his relentless, sleep-in-the-office work ethic, or if it’s just an effort to reach out to younger voters with a newer, hipper image,” Elizabeth Bruenig of New Republic wrote.

I’m pretty sure he was told to ditch the beard before the Koch Brothers or whomever is pulling his strings started engineering his “phantom” campaign for president.

I would love to see Ryan with a “man bun,” wouldn’t you? 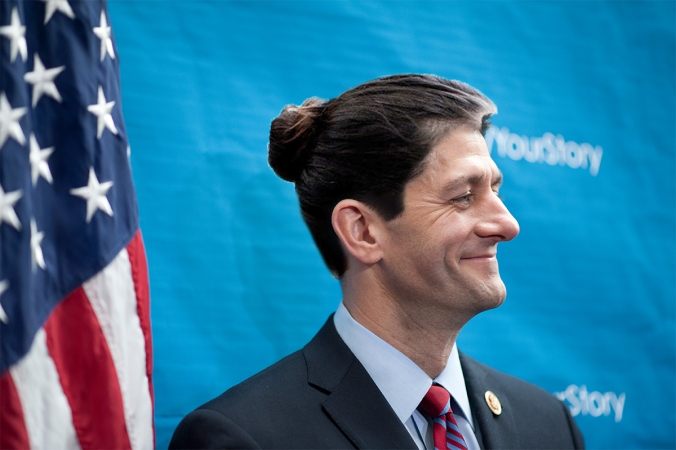 As a final ode to the missing facial hair of Paul Ryan, I leave you with a poem by the late, great George Carlin:

And who can forget this one (also by Carlin):

See my beard
Ain’t it weird
Don’t be sceered
it’s just a beard.