Last night I watched King of Kings on the Turner Classic Movie station (TCM). I hadn’t seen this 1961 film since I was a kid–it was one of many religious films we used to watch at Easter time, along with Barabbas and The Robe. My mom always remarked at what a handsome Jesus Jeffrey Hunter made. Being a very pious child–I wanted to be a nun for all of third grade–I took these films very seriously. 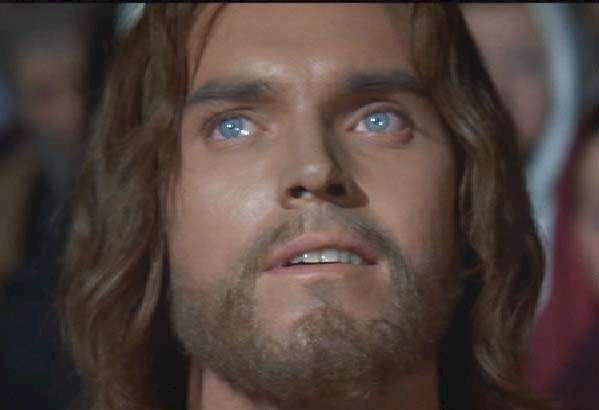 Watching the film was a surreal experience. Narrated by Orson Welles, the performances ranged from wooden to campy. But most remarkable was Jesus’s appearance – dark blonde with piercing blue eyes. Kind of like a surfer dude. Rip Torn who played Judas Iscariot was also surferesque. I kept waiting for Jesus to say, “Gnarly waves, dudes.”

White Jesus isn’t anything unusual, as the role in most films has been portrayed by Caucasian actors, including Robert Powell, Max von Sydow, Christian Bale, Willem Dafoe, Jeremy Sisto and Jim Caviezel.

Sarah Griffiths wrote an article in the Daily Mail entitled “Behold the Face of Hollywood Jesus: Artist merges images of actors who’ve played Christ to reveal the ultimate look of the messiah.”  According to retired medical artist Richard Neave, Jesus probably looked more like this: 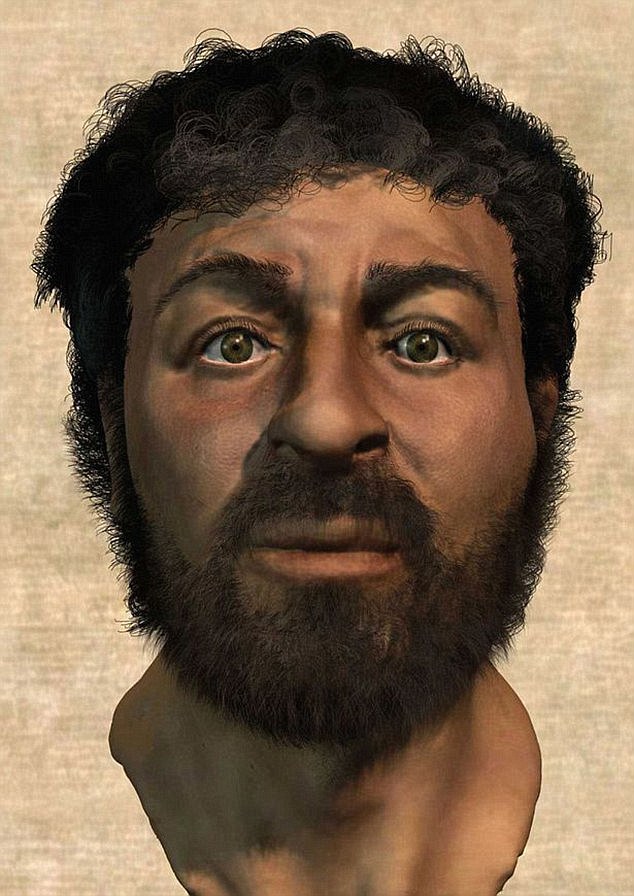 Sarah Griffiths goes on to say:

From these works, they hypothesised Jesus had dark eyes and likely had a beard, in keeping with Jewish traditions at the time.

The Bible also offered a clue as to how Christ wore his hair – short, with tight curls, unlike many Renaissance depictions, for example.

This comes from a Bible passage by Paul, who wrote: ‘If a man has long hair, it is a disgrace to him,’ suggesting Jesus did not have this hairstyle.

When I was a kid, I didn’t question the omnipresent blond-haired, blue-eyed Jesus. But it seems odd now. As recent as 2015, Ewan McGregor was cast as Jesus. Why not an actor of color?

I enjoyed watching King of Kings in spite of the casting, but it seems high time we start diversifying.

3 thoughts on “Jesus Was a Surfer”