Neo-futuristic Spanish architect Santiago Calatrava designed the glimmering new, not-yet-completed train station at the World Trade Center. Its estimated cost, a mere $4 billion, twice the amount anticipated during the initial planning stages in 2004. The WTC station services about 40,000 commuters a day, in contrast with the Port Authority Bus Terminal (PABT) at 42nd Street, which averages 250,000 commuters a day.

The centerpiece of the WTC train station or “transportation hub” is called the Oculus and is larger than Grand Central Station’s main concourse. It has a roof with two movable wings that are meant to open to the sky, like a “bird taking flight,” says Calatrava. At first glance, it looks more like a stegosaurus to me. 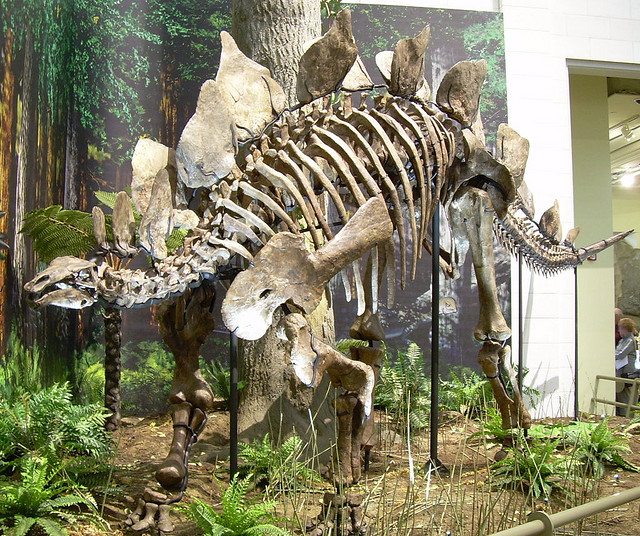 “The hub is a project driven by institutional ambition, and once begun, the decisions that have made it so costly became irreversible,” said Lynne Sagalyn, director of the Paul Milstein Center for Real Estate at the Columbia Business School. She is, funnily enough, writing a book about the WTC redevelopment. Ah, to have endless streams of money for boondoggle projects . . .  Patrick Foye, PA’s executive director, envisions the hub as a “world-class transit gateway” that would “help transform Lower Manhattan into a thriving 24/7 neighborhood.”

In June, my husband and I attended a public forum regarding the state of New Jersey Transit (NJT) bus service and the state of PABT. Senator Loretta Weinberg (D-NJ) and officials from PA and NJT were on hand. Senator Weinberg seemed in full support of the commuters’ plight, but it was more of a pep rally for the PA and NJT officials, who, judging by their statements, must never ride the buses. PA “has set aside just 0.002 percent of its $27 billion, 10-year capital budget for improvements at the bus terminal.”

PABT was last renovated in 1979, when it was a hot-bed of prostitution, drug dealing and general sleaziness. Honestly, not much has changed: I see a whole cast of characters lined up every night outside the sliding glass doors who are clearly not living the Dream.

For those of you who aren’t familiar with the Terminal, it is cramped and filthy; the buses often do not run on time; the gates service up to 5 or 6 different bus lines, making overcrowding commonplace. However, I must give credit where credit is due. Since the District 37 bus forum with Senator Weinberg in June 2014, the bus lines have been shorter and the wait more bearable–due to the installation of “starters” (dispatchers) at the gates.

The ceilings are leaking and damaged, covered with makeshift tarp-like material from which garden hoses spring and empty into filthy yellow trash cans.

Sometimes you’re fortunate enough to get dripped on while waiting for your bus to arrive. The escalators leading up to the gates are caked with grime, food and other unidentifiable filth and generally non-functioning. AC is non-existent, although industrial sized stand up fans have recently been installed. The inside of the buses are filthy too–but that’s another story. There is no garage-type facility to house the buses, so they must wait in New Jersey, and circle around Manhattan streets (they are not permitted to “stand”), or drivers risk being fined by the police. Not an efficient system, to say the least.

PA has spent $7.7 billion to rebuild the World Trade Center (that includes the train hub), and was then sued by a citizens watch group because they refused to disclose financial information regarding the re-building. The $7.7 billion is borrowed money. Due to their enormous debts, PA lacks funds for much needed infrastructure and transportation projects in NY. It was prepared to give Silverstein Properties a $1.2 billion loan guarantee for construction of the 72-story 3 WTC, but that deal fell through.

In July, former NJ attorney general John Degnan was appointed new PA Chairman and immediately pushed through funding of $90 million for “emergency” repairs of the bus terminal. A drop in the bucket compared to what’s been spent on the WTC and deals with Silverstein.

I have nothing against progress, but I wonder who is truly benefiting from this monstrosity, I mean train hub. I don’t imagine that commuters using the WTC station will be frequenting the high-end underground shops, but hey, you never know.

Selfishly, I might not mind so much if some of that money were being spent on the 42nd Street bus terminal. After all, the working slobs’ (me included) bus fare and tolls (yes, we drive sometimes) keep Port Authority alive and kicking.  Hey, and the tolls just went sky high.  Where is our “bird in flight”? I want a giant, winged airy structure / stegosaurus to amble through morning and night, and expensive store windows to press my runny nose up against, Oliver Twist-like. Throw us a bone, if not a bird in flight!

The next Bus Rider Forum with Senator Weinberg and officials from Port Authority and NJ Transit is scheduled for December 11 at the Rodda Community Center in Teaneck on December 11. I’ll let you know how it goes.